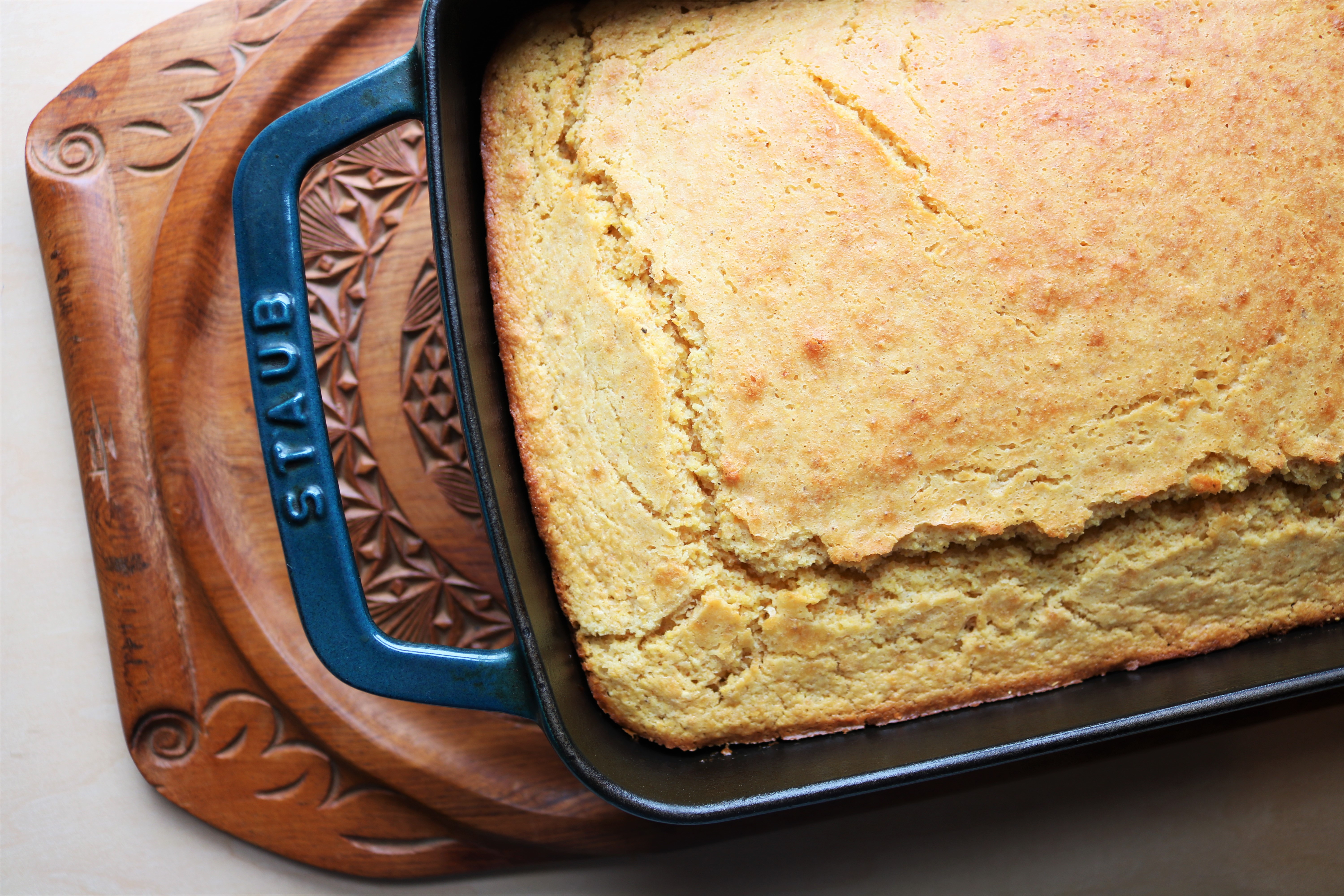 There it is. In black and white. I have finally admitted it. Twice in my life I bought myself a gift. The first time it happened, I was shopping for others. I promise I was. It started innocently enough, with the best of intentions.

I was in a kitchen store poking around in the clearance section, as I am wont to do. I noticed an indigo blue enameled pan on a lower shelf. Curious, I pulled it out. It was a small Staub roasting pan.

Now I don’t know if you’ve noticed or not, but I have a not-so-cleverly disguised penchant for enameled cast iron cookware. Let’s also just admit that the French-made Staub is the Range Rover of enameled cast iron.

I realize that one doesn’t need a Range Rover in the “I need a large glass of water in the middle of the Sahara desert” sort of way. But there’s something about its superb design and construction that pulls you in. (Pardon me for not using a French car as an analogy, but I just can’t think of one that fits the metaphoric bill).

As with a first-rate automobile, Staub cookware’s carefully researched qualities work. Its thickness makes for evenly dispersed heat that is very forgiving. The black matte enameled interior has nonstick qualities and is quite tough. The covers for the cocottes are flat, their insides covered in nubs. The condensation that naturally builds up on the inside of these covers during cooking constantly drips back onto the food. This self-basting results in the tenderest and juiciest dishes imaginable.

All these compelling factoids were swirling around in my head as I stared at this little roasting pan I’d just pulled out. I hadn’t planned to buy anything for me on this trip to the store. But it virtually had my name on it. The color was perfect. The size was also handy, a little smaller than your typical 9”x13” pans yet a little deeper. Just the dish for a cozy dinner party. And then there was the heft. This pan was not going anywhere on a windy day. And the price, did I mention clearance?

You know the rest of the story; I took this beauty home with me and have not looked back. It was the holiday season, so I wrapped it up, marked it “To Cami, From Cami” and placed it under the tree.

It’s been years now, but this little pan still brings me joy every time I use it.

The other time I self-indulged was early in my journey as I gardener. I had been struggling to prune because of a pair of horribly dull shears I had acquired on the cheap. The task at hand was reining in a long row of red-twig dogwoods and my collection of grape vines. There is nothing like a cheap, dull tool to lengthen an already big job. After struggling for a while, I up and got into the car and drove to the garden store where a nice selection of Felco shears awaited me.

My sharp Felco shears have served me tirelessly for more than twenty years and have at least that much life left in them. Like my knives, I have been known to tuck them into my luggage if I suspect I’ll be doing some pruning during my travels.

Whether in the kitchen or the garden, procuring and correctly maintaining the right tools for the job at hand makes life much more efficient and pleasurable. As passionate about foods and plants as I am, I am also passionate about having the needed equipment and tools to cook and garden well, be it a sharp knife, an enameled cast iron pot, or a pair of Felco shears.

Treat yourself today to a great tool…and don’t look back!