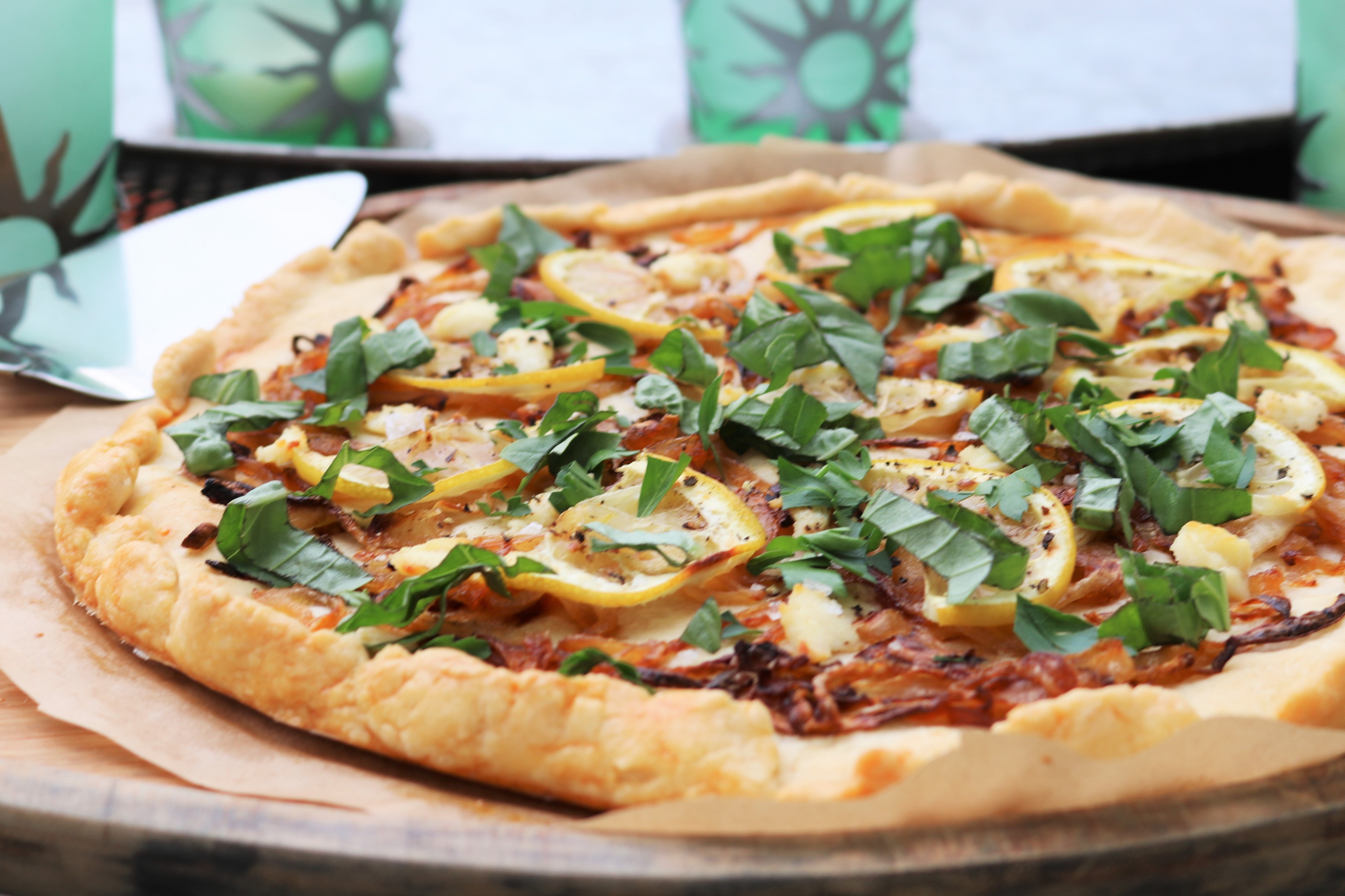 I have always wanted a row of lemon trees in my yard. You know the look; fruit trees planted in massive pots along a pathway, or better yet along the edge of a garden that is overflowing with lavender, basil, and San Marzano tomatoes. As I walk down the aisles of this imaginary garden, my feet crush the tiny purple blossoms of creeping thyme, releasing its intoxicating scent into the air.

I even have gone so far in this wishful wonderland of having purchased a massive (and I mean massive) tiled terra cotta planter that would house my first lemon tree. Of course living up in the hinterland, the bliss of smelling blossoms on my way to pick basil has obviously not materialized. My funky and sizable pot has instead held red twig dogwood and curly willow branches. I guess in the north country, this is the best I can hope for with a lemon tree pot, and I must rely on the local grocer to obtain my harvest.

The fresh cheerfulness of lemons signal for me the onset of spring. The dance between spring and lemons is as natural as that of Fred Astaire and Ginger Rogers. They were meant to dance with each other. Spring days are crisp, and a slight breeze rustles through the branches. The cool refreshing taste of lemons mirrors the weather outside, delightfully zippy. Whether creating a sweet or tart dish, this fruit can nourish and bring joy. I have in my hands something that will be used to create delicious beauty.

Whatever the reason, it’s at this time of year that I want to move away from rich, dark, heavy braises and into using early spring greens, vegetables such as spring sweet peas, and newly harvested baby bok choy. These create a bed for grilled lean meats. I top everything with a lemony crumble, and I marinate or drizzle with abandon a dressing that includes lemon juice as a key ingredient.

Forget the tradition of ham for Easter dinner. At our house, our custom is lemon for Easter. This year it appeared in many forms. Appetizers included garlicky crostini topped with a lemony Tzatziki sauce. We tossed shreds of Napa cabbage with a ginger lemon Szechuan pepper dressing to serve as a base for marinated and grilled flank steak. Then just so dessert wouldn’t feel excluded, we served little ramekins of lemon pudding cake topped with macerated strawberries and dollops of whipped cream. Did all of this meet my need for all things lemon?

Nope. Just as spring marches on, so does my need for more lemony quests. French lemon custard, caramelized onion, Ricotta, and lemon galette, risotto al limone, and Greek egg lemon soup are among my favorites. I love lemony chicken with green olives over cheesy polenta or grilled lemon slices scattered on charred slabs of salmon. For dessert, lemon gelato or curd, lemon blueberry muffins, and lemon olive oil almond cake come to mind. From hors d’oeuvres to desserts with beverages in between, I fill my menus as well as my life with this fruit.

Let’s talk a little about the use of lemon in savory dishes such as in risotto al limone or Greece’s egg lemon soup. It seems counterintuitive to add such a bright flavoring to an otherwise rich, toothsome dish. Take risotto, for example. A typical risotto is creamy with the predominant flavor being that of salty Parmigiano Reggiano cheese. When you add lemon, it’s almost like the dish changes lanes on a freeway. The lemon zest and juice transform it into something very refreshing.

A similar thing happens with egg lemon soup, otherwise known as Avgolemono in Greece. This would have a fairly typical “cream of chicken soup” flavor if not for the addition of lemon to the pot. As with the risotto, the addition of lemon elevates this soup from commonplace to splendid. Such is the beauty of the lemon.

The most recent lemony addition to my beverage repertoire is switchel.  My current favorite variety is lemon ginger. Switchels are a beverage with a rich history. They are a beverage based on vinegar, most commonly apple cider vinegar. Switchel was to our early colonists what soda pop is to us today. Basically, it was ubiquitous. It was (and still is) seen as both refreshing and healthy.

Apple cider vinegar was available in the northeastern states and thus became the tang in the recipe, which consisted of water, cider, a sweetener like molasses, honey, or maple syrup, and a flavoring like ginger and/or lemon. Switchel, also known as Haymaker’s Punch because of its refreshing nature, became the refreshment for those working long hours out in the hot sun. However, it was not only consumed by ordinary folk but was always available on the floors of our early Congress, reportedly with a liberal flavoring of Jamacian Rum. This, shall we say, fortified switchel, probably “flavored” a few of our country’s famous and formative oratories.

Tender green buds unfold on the trees. Plants poke their first leaves up through the cool earth. Nature is waking up, opening its eyes, and soon will show its full, adorned glory. Meanwhile, my sweet pea seeds have been tucked into the earth along the fenceline. Tomato, pepper, and eggplant seedlings are moving into adolescence under the grow-lights in my basement. The vegetable seed packets have been arranged and rearranged as I impatiently wait to plant them in the garden.

Warmer days are on the horizon. Evenings spent outdoors with dear friends will be here soon.  At the moment, though, I’m trying to decide, do I make marmalade or preserved lemons with the extras taking up space in my fridge? Such is the sweet conundrum of a lemon-filled spring.