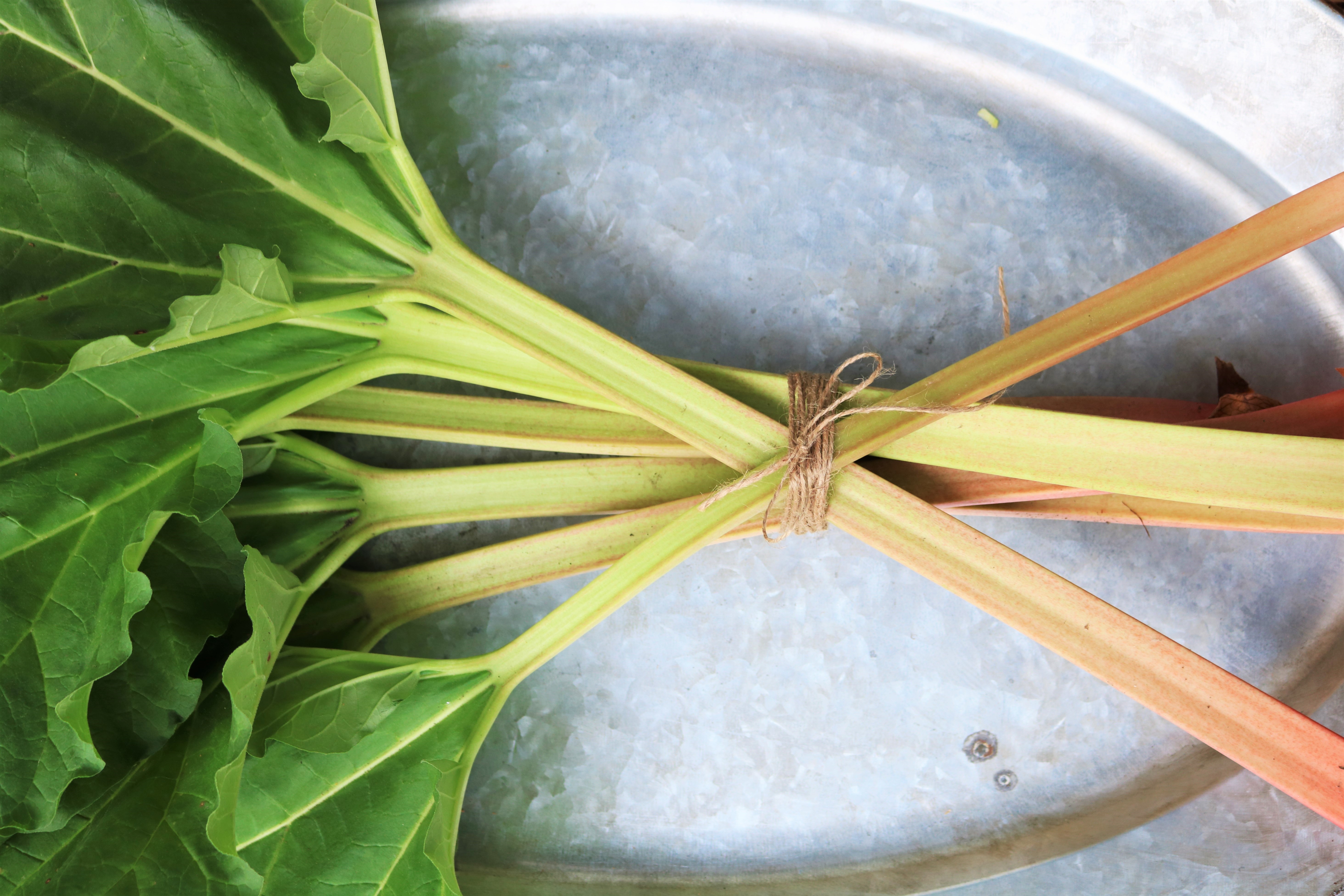 The Heritage of Rhubarb

When I think of the classic plant that has anchored the corner of every Midwestern garden for the past century, I think of rhubarb. Some of my favorite dessert recipes are based on rhubarb. Rhubarb custard pie is oh, so delicious! I remember with fondness my Mom’s strawberry rhubarb freezer jam which we spread on warm toast. Warm Spilling Rhubarb over vanilla ice cream. My friend Jill Jorgensen’s gooey sweet Rhubarb Rolls. All these come from an unassuming plant that is so easy to grow you almost forget it’s even in your garden.

Rhubarb is a perennial vegetable that can flourish in most parts of the country. Rhubarb is delicious and easy to add to your garden. There are many recommended varieties to choose from. In my experience, the pinker the stems, the better they taste. Once planted, it can be left undisturbed to come back year after year.

Growing rhubarb is very simple. The plants make a nice addition to the perennial section of a vegetable garden or even a perennial landscape. In milder climates where they can overwinter without freezing, rhubarb also grows well in pots if you give it enough root space.

Spring is the perfect time to plant. Working some well-rotted compost or manure into the rhubarb bed will increase production. However, don’t pick any stems in in its first year. The plant needs all its foliage to help it establish a strong root system. In the second year, a small percentage of the stems can be harvested. In the third year and after, removing up to a third of the plant every year will keep it healthy and producing strong stems year after year. Dividing the plant every five years keeps the roots from getting too crowded. Which of your friends would turn down the offering of one or two baby rhubarb plants?

Even though rhubarb had been used medicinally in China for thousands of years, its use as a food really started in England in the 17th century once sugar became available to counter its tartness. In the U.S., its use didn’t take off until the 1930s.

Nutritionally, rhubarb is high in fiber and loaded with vitamins, minerals, antioxidants, and phytochemicals. It can be a healthy addition to your diet if you curb the often added sugar. The stems (or petioles) are the only part of the plant we can cook and eat. The leaves contain oxalic acid, which is toxic to ingest and irritating to the skin if there’s prolonged contact.

Rhubarb is a great addition to desserts such as pie or crisp, cake, muffins, jams and jellies, and more. It is also great as a tart chutney over meat such as pork. My favorite completely unsweetened way to regularly include rhubarb is in fruit smoothies. The sweetness of the other fruits counters the tartness of the rhubarb, which lends a refreshing brightness to the final product.

If you haven’t already, make this the year to add rhubarb to your yard. Like a long-time friend, it’ll always be there for you, but you never have to tend to it.