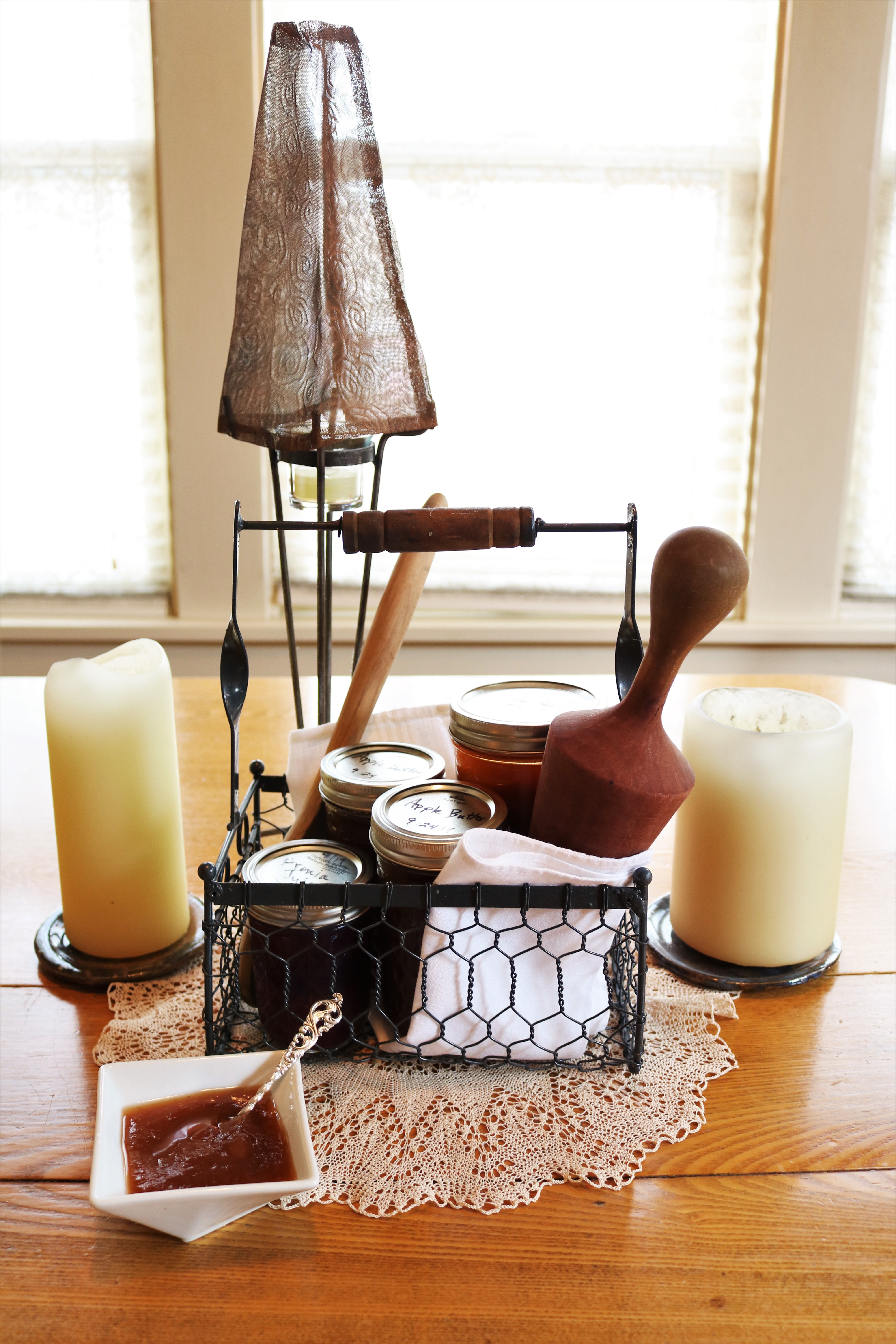 A Way of Life

Preserving has been a longstanding tradition in our kitchen. Come August and September, we are canning the summer’s bounty. A day in the raspberry patch and a trip to the apple orchard yield jams of ruby elixir and fragrant apple butter. Pasta sauces, salsas, catsup, pestos, bisques, pickles, savory jams, giardiniera; these and more fill the pantry by the time the first hard frost kisses my garden in October.

This savory rhythm has become an essential element of the treasure we call home. At the finish of every semester, our kids would neatly tie ribbons and thank you notes to their favorite flavors of jams and present them to their teachers as gifts. A preserve of one sort or another has become the hostess gift of choice. Be it a topper for toast, the spicy sweet counterpart to a stack of smoky meat, or the sauce in a hearty lasagna, I turn to my stash on a regular basis.

So why do this? Why go to all this work when the grocery stores are brimming with aisles of canned offerings? It is so much easier to just load up your grocery cart.

It is because the golden sweetness of peach jam made at the height of juicy ripeness is irresistible. The complex aroma of a pasta sauce stewing on the stove will bring memories of those warm, summer days into your mid-winter meals. A gift crafted from the labor of one’s hands is the definition of kindheartedness. The modeling of these increasingly rare culinary arts perpetuates these rich traditions, weaving them into the fabric of our families.

The history of preserving foods goes back thousands of years. It was a way to stretch out the meat, fruits, and vegetables into the seasons where they were not available. In the northern climes, our ancestors could freeze foods. In my Norwegian culture, transforming potatoes into a flatbread called lefse enabled them to enjoy potatoes all winter long. Meats were slow smoked over fires using local woods for the fire, local salt, and herbs to flavor. All over the world, people preserved using the elements and ingredients of their particular environment. Fermentation was used to turn grapes to wine. Honey, fruits or grains, and spices became mead. The early American settlers filled large earthen crocks with layers of pork, salt, and fat. Then these were kept cool in cellars, providing protein for these hungry families throughout the winter months.

Canning using glass jars was invented by Frenchman Nicolas Appert in 1809 after he was commissioned to find a way to preserve food for France’s army and navy. After much experimentation, he noticed that when foods were tightly sealed in glass, then heated to a certain temperature, they did not spoil. It would take 50 years before Louis Pasteur came along to discover and explain that heat killed to microorganisms and that sealing kept other microorganisms from entering and contaminating the contents. In the meantime, however, others were making their own discoveries. Peter Durand in England discovered and then patented the use of tin-coated iron cans instead of glass. This method was used by the British Royal Navy to feed their troops on long forays across the oceans.

What started long ago as a necessity has now morphed into almost an artform. From strawberry balsamic black pepper jam to pickled fennel with orange or lemon garlic pickled cauliflower, the delicious taste matches the beauty. This year, try smearing roasted onion sage jam over your Thanksgiving turkey before baking it. The variations of preserves are as many as your imagination is creative.

I have been both recipient and giver of the results of creative preservation. The smear of Bill’s Worcestershire sauce on a freshly grilled hamburger, Cindy’s cucumber hot pepper jam on my goat cheese crostini, Tami’s blackberry preserves on warm toasted slices of crusty baguettes; these are tokens of generosity. They remind me of friendships both present and past. Through their preserved creations, they have brought me into their lives. I cannot help but feel blessed by their kindness.

I remember the sounds and smells of their kitchens, their blackberry patches, dinners under the lights of their pergolas. Family, friends, jams, pickles, capacious conversations extending late into the evening. These are the ingredients to the jam called “A Heritage Preserved.” They are our heritage preserved.

1 thought on “Why Preserve?”