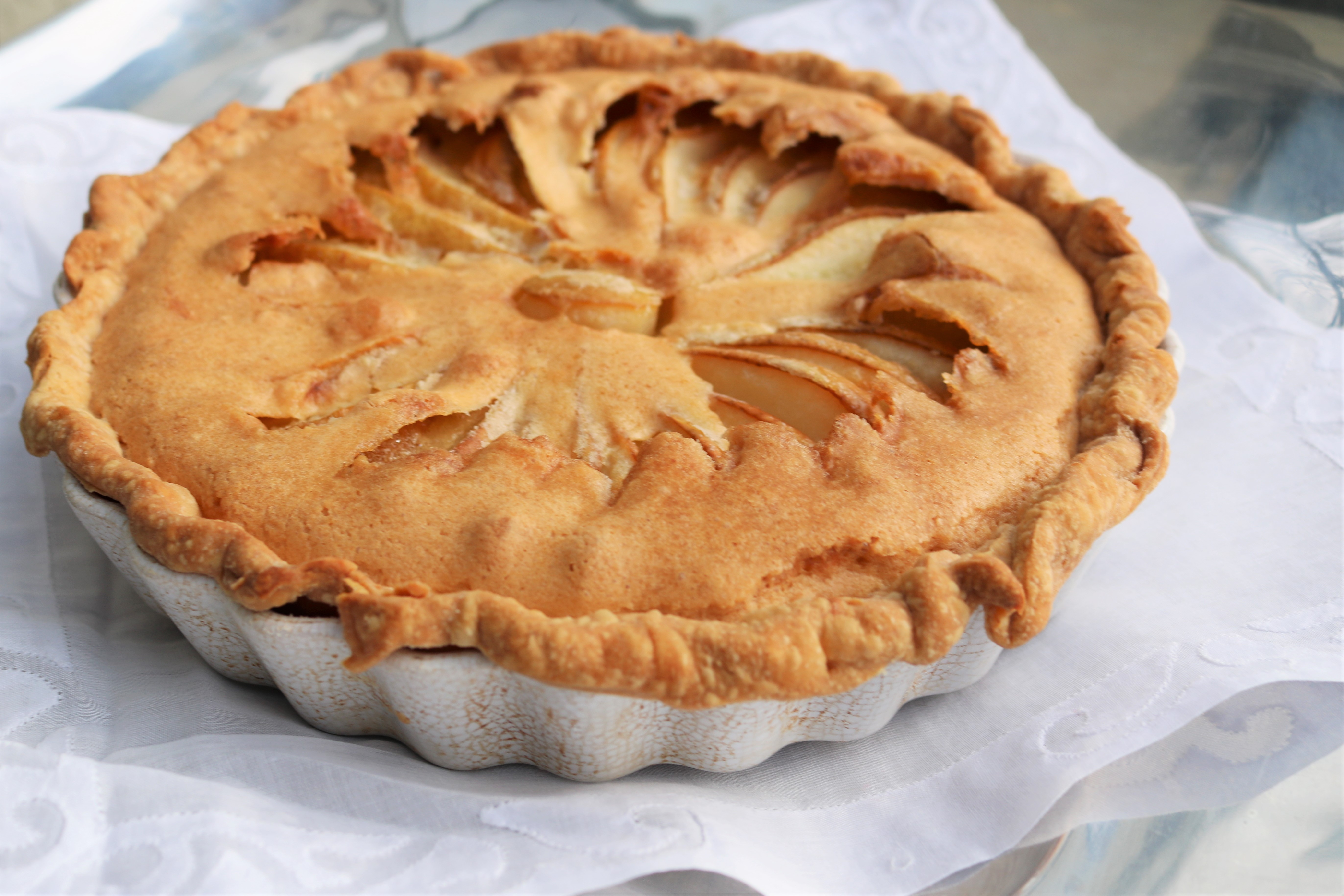 The year was 1977. My parents, brother, and I were spending the year in Strasbourg, France. As the end of November neared, we started to think about how we were going to celebrate Thanksgiving. In discussing with friends, we realized something we should have already known, that Thanksgiving is American. No other country celebrates this holiday. In France the fourth Thursday of November is like any other Thursday in the calendar year.

The simple act of purchasing a turkey proved futile. As it turns out, turkeys are an American phenomenon. We located cranberries (also a North American thing) and pumpkin, and so a Thanksgiving feast was cobbled together.

In an unconventional situation, we made the intentional decision to pivot, to do our own version of this meal, Alsatian style, and use what was available in the bountiful French markets. A plump chicken became the entree. We filled in with locally available items. That year was an adventure, and the Thanksgiving holiday was in keeping. We had great fun making up our own French version of a meal that typically remains rather set in stone.

As we approach Thanksgiving this year, I can’t help but remember that meal in France. This year, we are being asked to do something very different, to scale back our Thanksgiving celebrations. We must pivot and create a different sort of holiday.

In this spirit of minimalism, the idea of small bits or portions becomes an enticing concept. By creating small desserts just for you and those in your home, you can explore untried recipes. Consider venturing outside your comfort zone. Since this isn’t the year you are feeding 20 at the dinner table, experimenting is in order.

Single serving items such as mini pies or tartlets can be both fun to make as well as flexible for a small group. The individual nature of these desserts also make them ideal for sharing with others, be it neighbors, a family member, or a friend who is isolating and can’t be with loved ones this year.

Let’s take this opportunity to talk about how to make a tender flaky pie crust. The crust is the foundation of any pastry. I’ve obsessed for decades to perfect the flakiest and most tender pie crust. Let me begin by explaining flakiness. In any baked good, it’s the fat that makes for tenderness. When making cookies or cake, the softened fat incorporates into the mixture so that the particles are very evenly dispersed throughout the dough. This causes the end product to be evenly tender.

With a baked good that needs to end up flaky, you need to take some specific steps in the process of making the pastry dough. In this situation, you want the fat to stay fairly firm. You do not want it to be evenly dispersed but rather to remain in small pieces. Thus, when rolled out, it forms long, flat strips in the dough. There are variations to this dough, but this greater category is called laminated dough, meaning the fat is laminated throughout the dough. The same general concept applies to all flaky pastries, including croissants, puff pastry, turnovers, and of course, pie crust.

Much discussion remains in the pie crust baking world (this, most likely, consists of a very small contingent of people), about which type of fat to use, lard, butter, and/or shortening. For several reasons, I fall into the “all-butter” camp. Butter makes for a very flaky end product. This is because when baked, the water that is in the melted butter creates steam inside the dough, creating the characteristic flakes in your pastry. Secondly, butter tastes like, well, butter. And who can argue with that?

To achieve this flakiness, there are several steps that have to be taken. First, make sure that your butter is firm to the touch. Leave it in the fridge until just before you start to make your pie dough. The next essential step is to fill a bowl full of ice water. I do this at the beginning so the ice cubes can start to melt, making the water as cold as possible. After you prepare your water, mix the flour and salt together in a bowl. Slice the larger portions of butter into tablespoon-sized pieces.

Add these to the flour, mix with a pastry blender, two knives, an electric mixer, or even your fingers. Watch out on this step. Only mix until the fat is in pea-sized pieces. This can happen very quickly and you don’t want to over-mix. Next, add the ice-cold water. Again, be careful on this step to not over-mix. The dough should be just coming together, very “piecey” at this point. Tip the dough out onto a floured surface and with your hands, bring it together into a ball. There should still be visible pieces of butter in the dough.

At this point, I rest the dough in the refrigerator for at least 30 minutes. This resting allows the gluten to relax, making it much easier to roll out. To do this, I divide the dough into the amount I’ll need for rolling out later. Usually a single recipe makes 2 crusts, so you would divide the dough into two balls. I flatten these balls into disks and wrap with plastic wrap. Place them into the refrigerator. You can also freeze the dough at this point for use at a later time.

When it’s time to roll out the pie crust, simply place the disk on a floury surface, using a rolling pin, roll, starting in the center of the disk, working out in all directions. As you roll out the dough, you should see the little pieces of fat flatten into strips. This is what will produce flakiness. Here is my recipe:

Note: the water used can fluctuate by a tablespoon or so, depending on whether the dough is being mixed by hand or by machine.

The frosting on the cake, so to speak, for pies, is the filling you choose to put into your amazingly tender flaky crusts. I tend to gravitate toward the fruits that are in season at Thanksgiving. Many of these are unheralded, the reasons for which are beyond me. One of my favorites is pears. Pears are at their peak in the end of November with many varieties from which to choose. They create a delicate, creamy flavor when baked. Versatility is a key attribute as they move easily between hors d’oeuvres and desserts.

Other fall picks you can include are apples, plums, quince, persimmons, cranberries, figs, kumquats, sweet potatoes, or squash. Just like pears, these all move easily across the spectrum of a meal. They are as perfect used in an appetizer, as a compote for a roast, as a topping or filling for a dessert. These cool days also lend themselves to the richness of nuts. Currently, I’m particularly fond of hazelnuts, pecans, walnuts, and chestnuts. Incorporating one of these into a chocolate tart will solve most of the world’s problems. At least it will be a delectable distraction. I could go on, but you get my point. The options are as endless as your creativity. This is a golden opportunity for you to try some of these lesser known ingredients. You’ll be pleased and surprised at the ease at which you may usher a new favorite into your repertoire.

A Thanksgiving for Trial and Error

I’m not sure where the saying, ”As easy as pie” came from, probably from a grandmother who had been making pies for 50 years. It’s not actually the most accurate statement. A more honest saying would be, “Pie isn’t easy at all. It’s only a success if you have taken the necessary steps and perfected the art of the flaky crust”. That’s a less than inspiring saying and quite the mouthful. That said, this is the year to practice, to experiment, to pivot, to go out of your comfort zone. Your audience will probably be small, quite accepting of your creations, and possibly rather forgiving if you fall short of success.

As a foodie and gardener, it delights me to bring you art that honors this plant and garden passion. Also check out our blog to learn all about gourmet cooking and gardening.