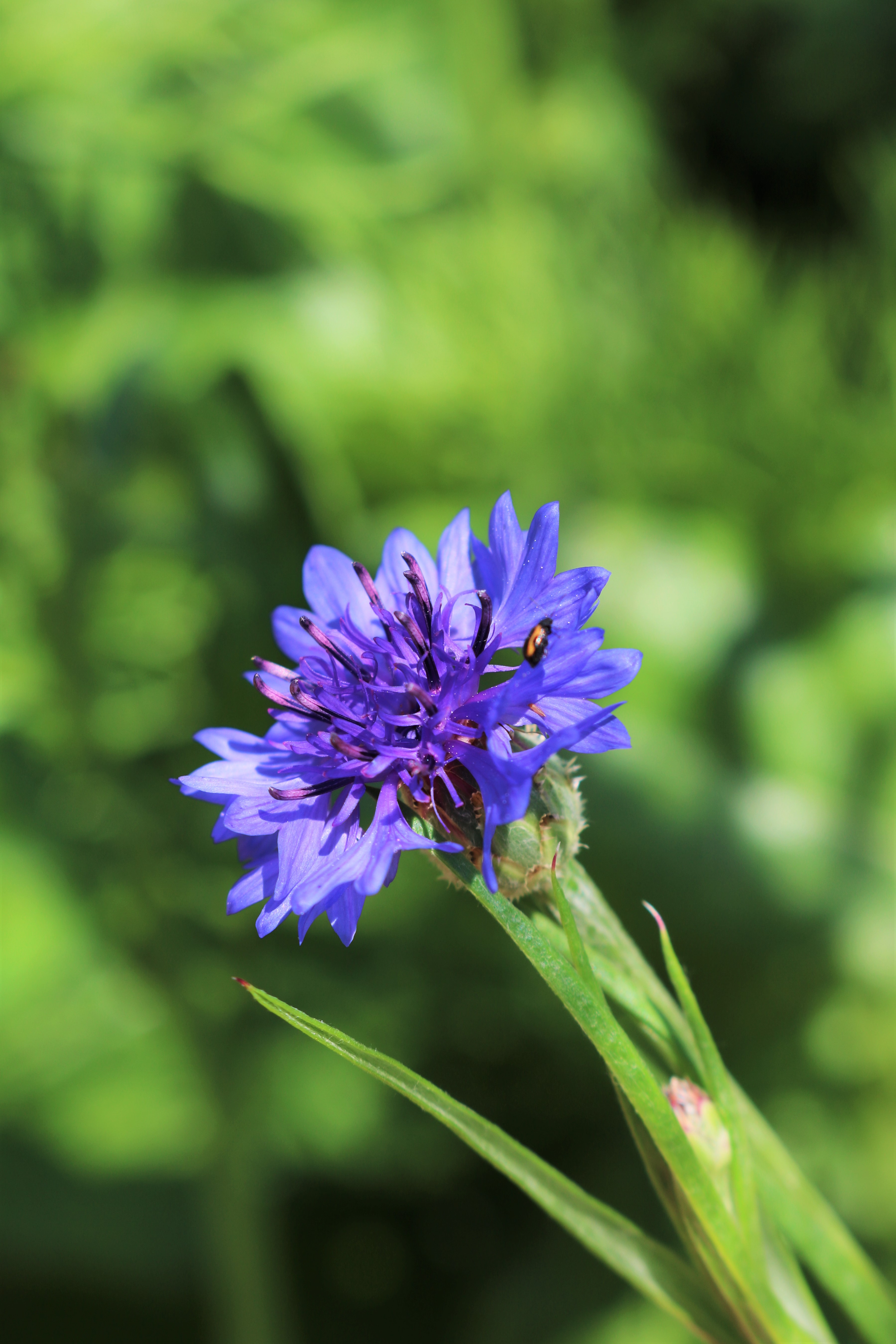 It was a cool, late spring afternoon. The sun shone, but there was a slight bite in the air. We were itching to dig outside in the dirt. My kids inspected the garlic patch, which was by now a foot tall. They called out to me, “Mom, we can’t believe you haven’t weeded the garlic. Look at all the weeds coming out of the ground.” I came over to inspect, and then I started to explain each little plant. This one was arugula. That one was fennel. Over here was dill. There was cilantro. These weren’t weeds at all. They were self-seeding plants from previous years.

Arugula growing amid the garlic

Self-Seeding: What is it?

Self-seeding happens when a plant is left to flower and then go to seed. In the summer sun, these seeds dry out and drop onto the ground or are blown by the wind. They sink into the soil and stay there until the time is right for them to germinate and grow into a new plant. This is nature’s way of sustaining itself. It’s also how a weed can go from one plant to 300 in no time flat.

Over the past number of years, I have been increasingly intentional about letting my herbs and vegetables produce flowers so the beneficial insects have nectar to eat. On any summer day, fennel, cilantro, arugula, and lettuce flowers are covered with little hoverflies or bumblebees busily sucking in the sweet nectar these flowers provide. As they move from flower to flower, these diminutive bugs play the essential role of pollinating our fruit and vegetable plants.

Many might say that letting plants self-seed is the lazy gardener’s way of operating. That is true in some respect. It can also be a frugal way to garden. When you let plants self-seed, you don’t have to buy the seed or plant the seed. It just comes up on its own.

I tend to have a favorable perspective on the philosophy of self-seeding. I love the whimsy of a coleus flower poking up in the middle of my radishes or a bachelor button in my beets. Cilantro taking root within my carrots brings me joy. Loveliness arises when a broad, white dill flower stands proudly next to the cucumbers. Order is laced with beautiful disarray.

Cilantro next to the garlic

Lettuce flowers that will self-seed for next year

Resting on the kale, a sporadic onion flower that grew up after being missed in last year’s harvest

Yesterday as I was harvesting berries, tucked up under the branches of the mulberry tree which the birds planted years ago, I noticed that the clematis had vined up around a lower mulberry branch. The plum-colored flowers intertwined with the dark purple berries. This simple artistry caught me and drew me in. The intentional encircling the accidental, the fanciful result of order marrying chaos.

Clematis vining up the mulberry tree

Many gardeners set aside a designated garden space for self-seeding plants. Sometimes they combine this with their perennial vegetable garden. Perennial vegetables include plants like asparagus, rhubarb, raspberries, strawberries, walking onions, thyme, chives, and oregano. If these two categories mix in the same space, technically one never needs to plant these vegetables and herbs again. As the saying goes, “One only plants tomatillos once.” Tomatillos are famous for self-seeding.

There are a few caveats in this whole discussion. I do weed extensively in places where I do not want self-seeding plants to grow. For example, a lot of dill came up in a section where I had planted beets. I harvested the dill when it was five or six inches tall, opening up the space for the beets to grow and thrive. A similar thing happened where I planted my Basil Genovese. Arugula was happily growing very tall, shading the tiny basil plants. Guess what I ate for dinner last night? An arugula salad. The dill is going to top a baked slab of fish shortly.

Arugula and dill amid the garlic

Dill growing up in the carrot patch

Another point I want to be sure and mention is to not let invasive plants self-seed. As much as the bees go crazy for mint flowers, I am fastidious about plucking them off the mint plants before they can drop their seed and spread around the garden. The same holds true for both regular and garlic chives. Heirloom tomatoes can be included as well simply because if you let tomatoes drop onto the ground and they rot there for the rest of the summer, a tight collection of tomato plants will sprout the next year. These will undoubtedly be planted in the wrong spot and too tightly together. You can carefully transplant a few of them into the intended spots, but the rest will probably go into the compost pile.

Speaking of compost piles, there’s many a squash or plant that has emerged from its surface because someone discarded their extras the previous summer. Again, the delightful unintended consequences occasionally graced upon us by nature. The idea of something as delicious as squash growing out of the rot of compost is a concept paralleled in many aspects of life. I suppose this is what attracts me to the random beauty of self-seeded plants.

Dill growing up in the carrot patch

Radish flowers that will self-seed for next year

I will savor the cilantro in my mango salad. The radish flowers (a plant I’m allowing to self-seed for next year) are going into a bouquet on my dining room table. The sunflowers and bachelor buttons will bloom and then dry to drop their seeds for another year. Beauty moves forward, magnifying into the future.